In this blog post, I discuss the effects of Shadowing, which is one of the great techniques to improve your listening skills.

By doing shadowing, you can enhance your skill of phoneme perception.

In the post above, the listening processes are discussed, and the phoneme perception is the first of them.

Which means, in listening, the phoneme perception skill would be the most important listening skill.

I’m going to explain what “phoneme perception” is by using an example.

When you hear the word “dog“, you hear or percept it as /dog/  instead of “dock” or “jog“. If you are a native speaker of English, you haven’t even thought about it because this process is automatized in the native language. However, if it’s a second (foreign) language, that’s a different story.

One of the notorious phonemes in English is /θ/ sound. It’s the “th” sound as in “think”.

Have you seen this video clip?

At the other end of the line someone says “We are sinking!” And the guy replies “What are you thinking about?”

This is a hilarious commercial made by Berliz. And this is a great example to show how important the “th” sound is in English.

Shadowing is one of the great techniques to enhance this phoneme perception process in a second language.

Just listening to the language or answering some comprehension questions after listening won’t improve your perception skills. That’s way you need to deliberately train the skills.

In the article below, more detailed steps of Shadowing are discussed.

Although some people talk about other benefits of Shadowing beyond listening skills, research studies in SLA haven’t showed any effects on other skills such as speaking and reading.

However, there is some studies that suggest that Shadowing might help improve your Working Memory because of its cognitive load, and that by trying to consciously mimic the rhythm and intonation (i.e., suprasegmentals), you can improve your pronunciation.

Although we need more research to fully understand its effectiveness, it’s fair to say Shadowing is one of the most effective techniques to improve your second language.

M.S.Ed in TESOL (Teaching English to Speakers of Other Languages)

As a language learner/ teacher, seeking for effective methods of learning languages.

This blog is not affiliated with CBS, Chuck Lorre Productions or Warner Bros. This blog does not hold copyright over material or images from The Big Bang Theory TV show. Such material is used only when it has been released by CBS or Warner Bros. for the purposes of promoting the show and learning English. Every quotation from the show is boldfaced, italicized, and enclosed with quotation marks. 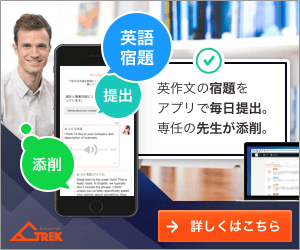